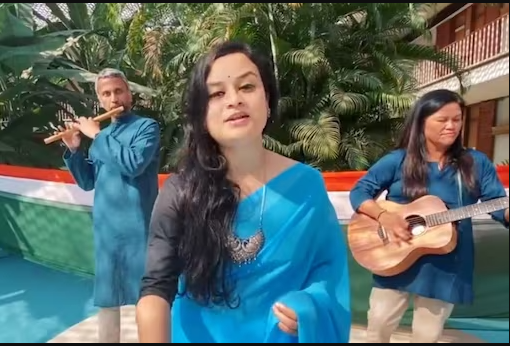 As India celebrates its 74th Republic Day, the US embassy in India started the occasion by sharing a melodious rendition of India’s national song ‘Vande Mataram.’ Taking to its official Twitter handle, the embassy wrote, “Happy 74th Republic Day, India! We are celebrating #RepublicDay with a rendition of national song Vande Mataram! US Officers Raghavan (flute) & Stephanie (guitar) team up with @pavithra_chari, singer featured on a 2023 #GRAMMYs nominated album & a @StateDept @1beatmusic alum!” The singer was accompanied by two US diplomats on the instruments. Also, the video shows US officer Raghavan playing the flute while Stephanie was on the guitar.